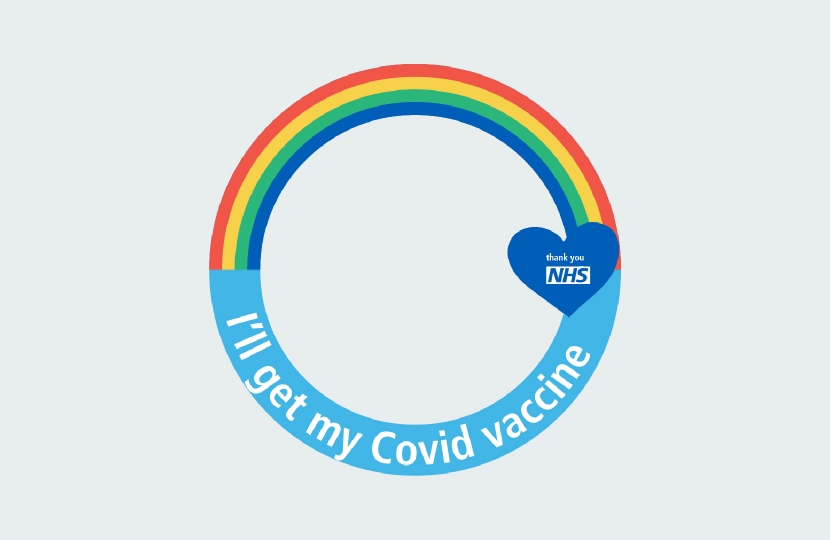 "When the first Covid-19 vaccines were administered on the 8th December, and the Health Secretary stated that the target was to build a programme capable of delivering 2 million jabs a week, to reach more than 15 million people by the middle of February, I think many people were sceptical.

Two months on and that target has been met. The number of vaccine doses given across the country now exceeds 23 per 100 people, with only Israel and the United Arab Emirates ahead of the UK. The programme has continued to accelerate.

There are now more than 2,700 different locations across the UK offering vaccinations. Jabs are now being administered at 267 hospitals, 1,034 local vaccination sites, 90 vaccination centres and 194 community pharmacies. For anyone who is housebound (or resident in a care home), GPs and their teams are taking the vaccine to them.

Vaccination is the way out of this pandemic, and it is a team effort on an enormous scale. From the scientists and trial volunteers, to NHS and care sector staff, to the armed forces and volunteers involved in logistics and administering the vaccine. And the programme will grow, with three vaccines authorised for use and a further two companies having published positive phase trial 3 results.

To vaccinate as many people as possible, as quickly as possible, there are two parallel routes being used to offer jabs.

People may receive an invitation on behalf of their GP practice – by letter, text or phone – for an appointment at a GP-led vaccination service.  In East Hampshire this includes the Festival Hall in Petersfield and the Forest Surgery in Bordon.  Alton area GPs have teamed up with other practices for a joint vaccination facility at the Hampshire Court Hotel, with periodic additional clinics in Alton for those unable to get there, as well as administering in care homes and to the housebound.

The second route is the national booking system, operated by NHS England.  This invites people by letter to book an appointment at one of the large vaccination centres – such as Epsom Racecourse or Salisbury City Hall – or at a pharmacy, such as those in Eastleigh, Portsmouth, Midhurst and Havant, and pharmacy-led services such as the one at Crookham War Memorial Hall.

We need to keep up a good pace of first doses, even as the second dose also becomes due for the earlier cohorts.  Further capacity is required – this should include a regularised location in Alton.

The two systems – the GP-led and the national booking service – operate alongside each other, so it is possible to get one or both invitations.  If you have received the ‘national’ letter, you can, as the letter says, wait to be contacted by your GP instead.

GPs also use the National Immunisation Management System database to identify those who have not yet been vaccinated and follow up with invitations and reminders to help make it easier for people to attend an appointment.

The progress of the rollout has been remarkable. The assumption from previous vaccination programmes is that the uptake would be around 75 per cent, but so far, more than 90 per cent of care home residents and over 75s have chosen to receive their first dose.

But there is still a job to be done in increasing the participation amongst some groups and communities. The government has just published its Vaccine Uptake Plan to make sure that as many people as possible take up the offer - to help protect themselves, their families as well as the wider community.

A new Vaccination Equalities Committee brings together government departments with key local agencies and organisations to advise and guide the vaccine deployment programme on addressing inequalities.

And although vaccinations can be offered without an NHS number, people do need to be registered with a GP, so an initiative is also underway to help tackle this, including those sleeping rough and other groups unlikely to be registered.

Invitations will now go to those aged 65 and those who are clinically vulnerable to Covd-19, and in the same way as previous cohorts (but unlike the call to the over 70s last week), the NHS is asking people to wait for the invitation and to please be patient.

There is so much to be proud of in this extraordinary national endeavour led by our health service, our scientific community and life sciences industry.   Although the virus is likely to endure, we know we have the tools, the skills, the resources and the will to deal with it."