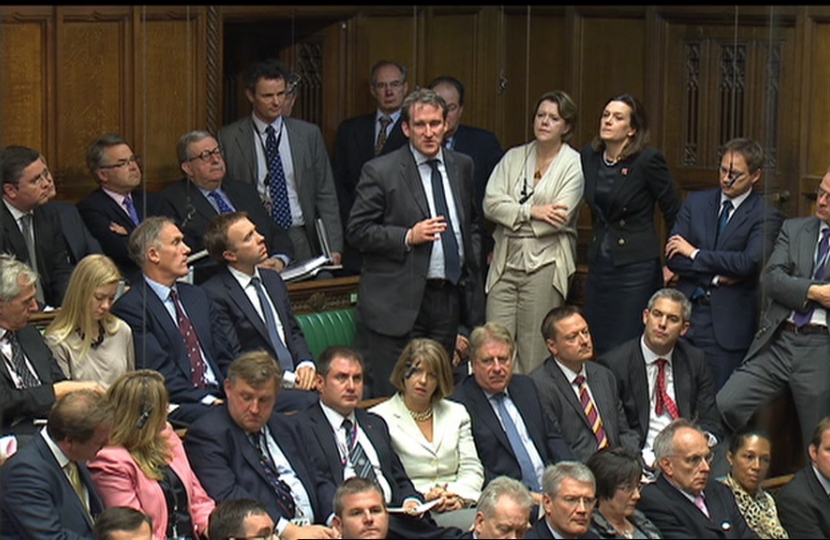 Damian was first elected as the Conservative Member of Parliament for East Hampshire in May 2010. He was re-elected to this position in May 2015, June 2017, and again in December 2019.

Damian was appointed Security Minister at the Home Office in August 2021, and held the position of Secretary of State for Education between January 2018 and July 2019.

Damian was previously Minister for Employment at the Department for Work and Pensions from July 2016 to January 2018, and prior to that, Damian held the position of Exchequer Secretary to the Treasury; an appointment he took up in May 2015. Damian was also an Assistant Government Whip between July 2014 and May 2015.

He had previously served on the Education Select Committee and chaired the Social Mobility All-Party Parliamentary Group.

In Education Questions Damian commended Alton College's work with local employers and asked how more firms could be introduced to the benefits - for them, for students, for the economy - of T Levels industry placements.

During a DCMS debate on child protection online, Damian highlights research from Ofcom that indicates the risk of children appearing to be over 18 when they register with false dates of birth.

Damian spoke in support of the Economic Crime Bill, which was his policy area when security minister, outlining the important reforms included in the bill.

Calling for a new approach to housing numbers

Damian took part in a Westminster Hall Debate on new developments in green belt land, and called for a new approach to housing numbers for East Hampshire, that recognises the unique circumstances with the National Park boundary cutting through the district.

Banks are doing a lot to tackle fraud. We need social media to be similarly incentivised. Damian's recent speech on the Financial Services Bill.

Unleashing the potential of credit unions

The Financial Services Bill will boost them as an alternative to high-cost lenders — but there is much more to be done to unleash credit unions’ full potential. Damian's recent speech in Parliament

A tribute to Her late Majesty the Queen