Queen's Speech - focused on recovery and ambitious for future 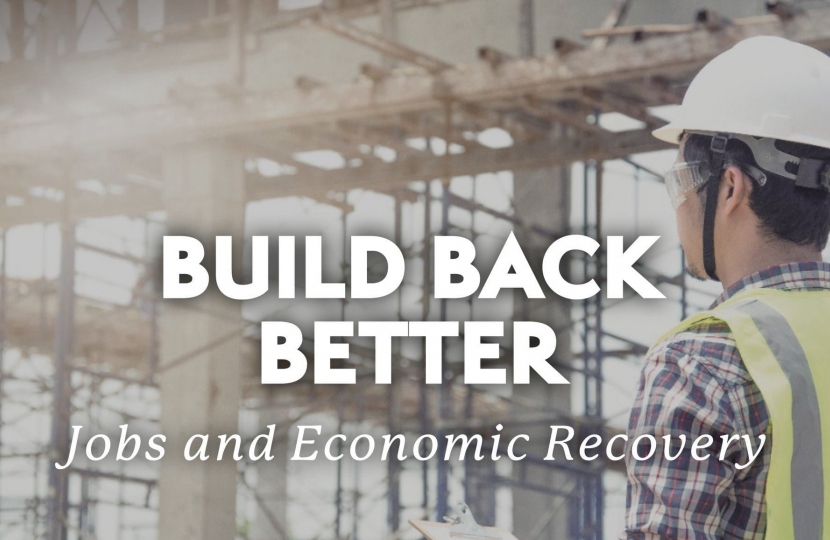 "The State Opening of Parliament and the Queen’s Speech last week appeared in many ways quite low key, with continuing public health restrictions.

Cabinet Ministers and their Shadows walked in single file rather than chatting side by side.  We MPs were mostly in our offices rather than hundreds of us crammed into a small space just inside the House of Lords as we would be in a normal year.

The Queen’s Speech is always quite brief – really just a summary list of legislation, and the details of those Bills comes later.  But the government also produces a ‘Lobby Pack’ to brief journalists – this year running to 160 pages – which gives some more insight about the intent and broad content of the Bills.

And although much of the focus remains on recovery from the pandemic, there is a significant ambition to use the opportunity of recovery to shape a new approach in how and where we invest for the future.

In my speech in the House, I strongly welcomed the focus on jobs, skills, progression and careers. Despite the encouraging projections on economic growth this year, we need to address the long-standing challenge of low skills and a productivity gap that has been a feature of the UK economy for decades.

In 2019 employers were unable to fill a quarter of all vacant positions because they could not find people with the right skills. Only 10 per cent of adults aged 20-45 hold a higher technical (level 4-5) qualification as their highest qualification, compared to 20 per cent in Germany and 34 per cent in Canada.

The new Lifetime Skills Guarantee announced in the speech is an important step forward in tackling this, enabling people to access flexible funding for the skills they need to progress in work at any stage of their lives. It will put employers at the heart of the system through the Skills Accelerator and gives them all-important statutory role in the design of qualifications.

Much has been said about ‘levelling up’ across the UK and a landmark White Paper is due later this year. The policy interventions are necessarily broad so they can be tailored to the needs and strengths of different areas, but the principles of job creation, training and spreading opportunity are key.

In 2022, the UK Shared Prosperity Fund will be launched to help support local areas pilot new approaches and programmes to explore how best to tackle local challenges – whether through building skills, supporting local businesses, supporting communities and places, or providing employment support – to build communities where people want to live, work and visit.

The creation of eight Freeports in England – including the Solent Freeport – is another key investment programme.  Each will drive regeneration with inward investment, trade and jobs to those areas through tax reliefs, simplified customs procedures and wider Government support.

Digital connectivity is another key issue for many in Hampshire, and the Government aims to ensure that 95 per cent of the UK has 4G coverage from at least one mobile network operator by 2025. It is also committed to ensuring that the majority of the UK population has 5G coverage by 2027.

At the ‘other end’ of technology, the Queen’s Speech also included the much-anticipated Online Harms Bill, which will now be called the Online Safety Bill.  This addresses some of the most important issues of our time – how we embrace the possibilities of tech, while protecting children and the vulnerable.

My time at the Department for Education gave me a sharp awareness of the issues around technology – especially social media – for young people, and I will be paying close attention to the content passage of the legislation.

This Queen’s Speech has had to strike a balance.  We remain in unprecedented times, with a very difficult fiscal position, but we must sustain work towards the long-term reforms that people want to see, that we were committed to before the pandemic, and that have become even more important as a result of it.

The challenge outlined in the Speech is large, but so is the ambition. The scale of investment in health, in education, in transport and in the environment is immense, but central to the plan is improving the lives of millions of people who live in the communities, towns and cities up and down the country."