Pressures on the cost of living 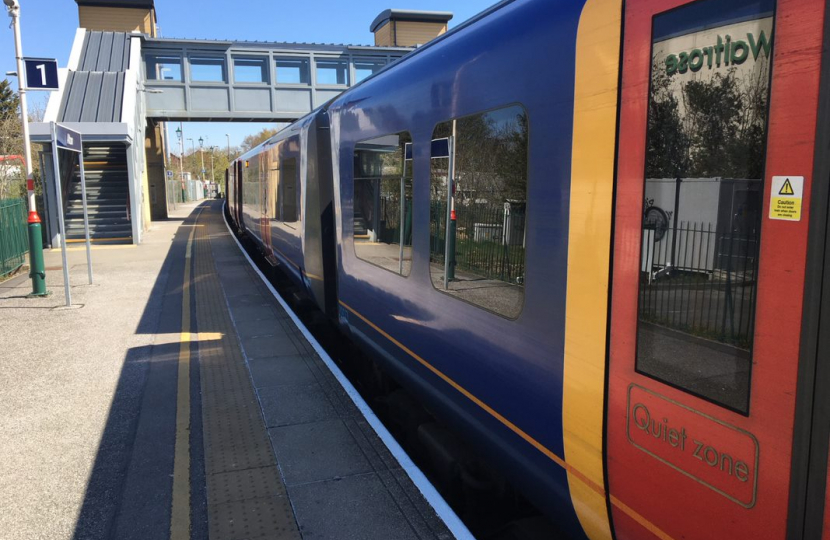 "We’ve just passed the longest day, and although many will be looking forward to the summer break, many have also been experiencing travel disruption.

Last week’s rail strikes, including here on both the Portsmouth and Alton lines, impacted people heading to work, others making leisure trips, and of course hundreds of pupils and students heading to schools and colleges – some with exams of course.

Despite the option for some to work from home, there is a very real knock-on impact across the economy, with many sectors just getting back to normal post the pandemic.

There are also signs that some other groups in both the public and private sector are considering strikes, with the prospect of even more disruption and inconvenience for millions of people.

The inflationary pressures right now are very difficult, but industrial action is not the answer.

What we need more than anything is economic growth, as that’s what underpins real wage growth.

But strikes do the opposite - they are a drag on the economy as well as impacting everyday lives.

Covid has changed working practices right across the country and that has had a very material impact on our railways. The rail system needs modernisation and it needs to adjust for reduced weekday demand.

Railway staff do a great job, and I can certainly understand why people are making the case for higher wages, in response to the cost of living pressures.

But history warns of the dangers of a wage and price spiral. When wages go up, prices go up further as firms pass on costs; that in turn leads to calls for higher wages again, and so on.

The lesson of times past is that everyone loses out from this kind of inflation spiral - but some more than others, such as savers.

The price rises we have seen are very hard on family budgets, managing increases in both energy and food supplies.

The rises are having a sustained effect, and we know that energy costs in particular are likely to get worse before getting better.

There is the direct impact from Russia’s attack on Ukraine and also the legacy impact from the pandemic and the supply chain disruption caused.

We don’t expect these increases in the main to be permanent, but help in the immediate term is important.

That’s why the Government is providing £37 billion of support this year, targeted at those who are most in need.

The package will see millions of the most vulnerable households receive at least £1,200 of support in total this year, with domestic electricity customers receiving at least £400 to help with their bills.

And there is more support through targeted schemes such as the Household Support Fund, Universal Taper relief and on fuel duty.

We know we also have to work on longer term measures to build greater domestic resilience for energy and food supplies. This will take time but is very much a focus for the Government.

One bright spot remains jobs. With the latest unemployment rate at 3.8 per cent (and substantially lower here in East Hampshire) and a record 1.3 million vacancies across the economy.

The tight labour market is also affecting a number of service sectors recovering from the pandemic, with many looking to recruit in response to strong consumer demand.  Low unemployment - a good thing, of course - can also bring its own challenges.

This is particularly true for the travel industry and the issues it has been struggling with.

Helping people into work and providing opportunities to re-train remains key, and that is why programmes such as the ‘Way to Work’ campaign and the Kickstart scheme are so important.

The most important thing is to get economy back to where we need it to be, to help households right now, and to invest further in developing the skills that employers need, now and in the future."

The government has set up multiple programmes to help support families, especially lower income families, through this difficult time.

As part of a series of short videos promoting the many reasons to visit and enjoy East Hampshire, Damian’s latest one is all about the local entertainment, festivals and events that take place locally.