Online Safety Bill - making the internet safer for all 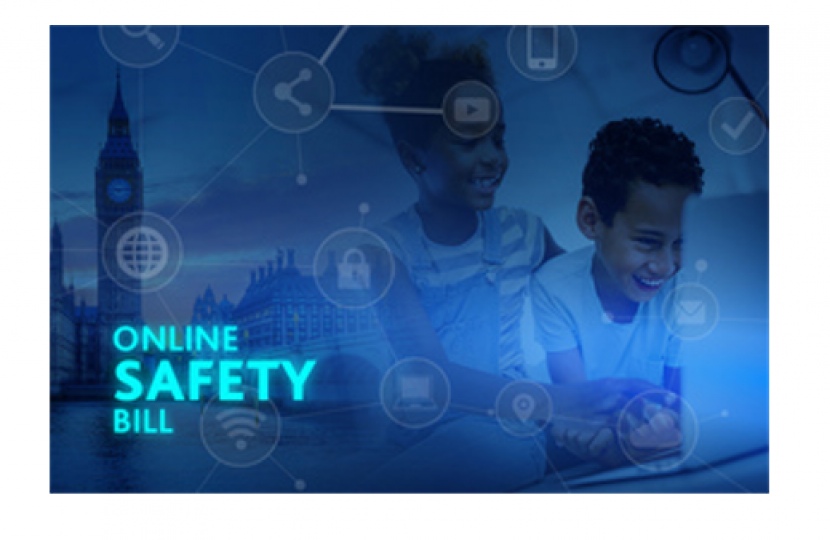 "The Online Safety Bill was introduced to Parliament last week – a much needed, and truly landmark, piece of legislation, that will make the internet a safer place for everyone in the UK, and especially for children.

The need to do more to protect those who are most vulnerable to harm and abuse online, with the legal enforcement to back it up, has been one of the most important priorities during my twelve years as a parliamentarian.

Ask any parent what they fear most for their children, and access to and their presence on social media platforms is likely to be high on that list.

Young people are certainly more aware of the dangers than they may have been even 5 or 10 years ago, but it is right that legislation is put in place to force powerful media owners to take more responsibility for the material shared, and actions taken, on their platforms.

The internet is an undoubted force for good, but it cannot be left unchecked. The trolling, the abuse, the algorithms that target certain groups, are truly obscene. Media giants have rules that ban much of this activity, but the steps taken are often slow and inconsistent.

The Bill introduces new rules for firms which host user-generated content i.e. those which allow users to post their own content online or interact with each other, and for search engines, which will have tailored obligations to minimise the presentation of harmful search results to users.

Those platforms which fail to protect people will need to answer to the regulator (Ofcom) and could face fines of up to ten per cent of their revenues or, in the most serious cases, being blocked.

Ofcom will also be able to initiate criminal proceedings against named tech executives; action that can be taken soon after the Bill becomes law and not years down the line.

Platforms likely to be accessed by children will also have a duty to protect young people using their services from legal but harmful material such as self-harm or eating disorder content. Significantly, providers who publish or place pornographic content on their services will be required to prevent children from accessing that content altogether.

There will be no safe space for criminal content online. If content is illegal offline, it is illegal online. Platforms will have to remove terrorist material or child sexual abuse and exploitation at speed.

Addressing content that is harmful to adults is also key. The major platforms will have to enforce their own terms and conditions against racism, misogny, anti-Semitism and other forms of toxic abuse.

The Bill also contains strong protections for women, who face disproportionate abuse online, with the introduction of new criminal offences – such as cyberflashing - which will help stop criminals using the internet as a weapon with which to threaten and commit violence against women

These services will also have a duty to bring in user empowerment tools, giving adults more control over whom they interact with and the legal content they see, as well as the option to verify their identity.

But the new laws also safeguard free speech, by making sure social media platforms cannot remove content arbitrarily or stifle media freedoms. The Bill will specifically protect political debate and journalism; something we are all too conscious of as we witness the fierce control of state media and freedoms in Russia.

We rely on our media, including our local Herald and Petersfield Post papers, to provide reliable and accurate information, and that must be protected too."

As part of his brief as Security Minister, Damian is chairing the new Joint Fraud Taskforce (JFT), which brings together experts from the most vital sectors to prevent perpetrators from exploiting vulnerabilities and fraud controls to conduct their criminality.