The Lionesses - an inspiration for us all 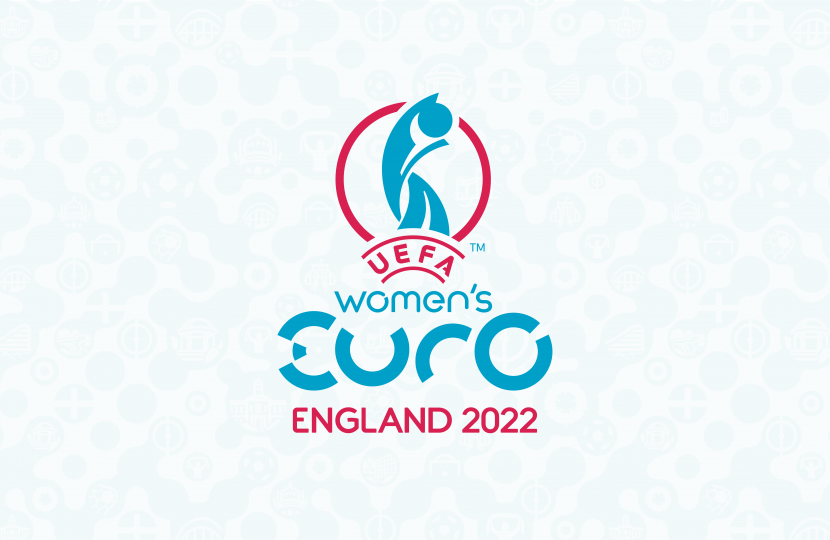 "The England women’s team win over Germany in the Euro final last Sunday was watched by a peak BBC One audience of 17.4 million.

And with 87,192 fans at Wembley to watch the game live, this broke the record for the most attended match at any European Championship – men’s or women’s.

Those statistics are of course incredibly impressive, but equally important is the inspiration felt by millions of people across the country.

Following the progress of the women’s England team through this competition had become a national celebration; gathering momentum with each match.

Names of players unfamiliar to us a few weeks ago are now known to millions, and I have no doubt that their lives will be forever changed with the team’s spectacular success.

I also hope that this moment will change the lives of many others. Young people, and particularly women and girls, who will be inspired to take part in football as a result.

Arsenal and England legend and now BBC commentator, Ian Wright, made an impassioned plea at the end of the semi-final win over Sweden, urging girls to be allowed to play football at school. This, he said, had to be the lasting effect.

Greater equality in accessing sports is of course important, and progress has been made in in recent years in football, but also in other traditionally male-dominated sports too.

That is good and it need not take away from other sports not in that male-dominated category.

There should be no barrier to what men and women can achieve, and this moment will serve to change many perceptions of what should or could be the role of women in sport but also society.

During my time as Education Secretary, as well as in my role on the DCMS Select Committee, there were concerns that many girls stopped sports when in their teens.

There are of course many factors that contribute to that, but witnessing the success of this England side, their desire and determination to win, can only help to change that.

Playing soccer in the US has been much more common for girls and, not surprisingly, their national women’s team is top-ranked in the world.

It is in fact 50 years since lawmakers in the US passed a law – widely known as Title IX – against gender discrimination in education, and this has underpinned a far greater promotion of gender equality in their sports ever since.

There is a role for government, as well as sport governing bodies, in ensuring we encourage greater participation and equality in sport, particularly in schools, but what was achieved last weekend has undoubtedly pushed the women’s game forward in a way that legislation on its own could not.

The growing professionalism of the women’s game is testament to decades of effort and commitment by women determined to challenge the view that football was a game only for men.

The FA has had a role in this too, but the biggest shift now will be the desire of people across the country to watch women’s football, either at a ground or on TV.

And if the extraordinary audience numbers are anything to go by, new sponsorship and broadcasting deals will propel the game to a whole new level.

It was good to see a local football club on social media this week promoting the opportunities for girls and women, and there are certainly many teams across East Hampshire, from Petersfield to Liss, and Alton to Liphook, for anyone keen to get involved in the woman’s game."