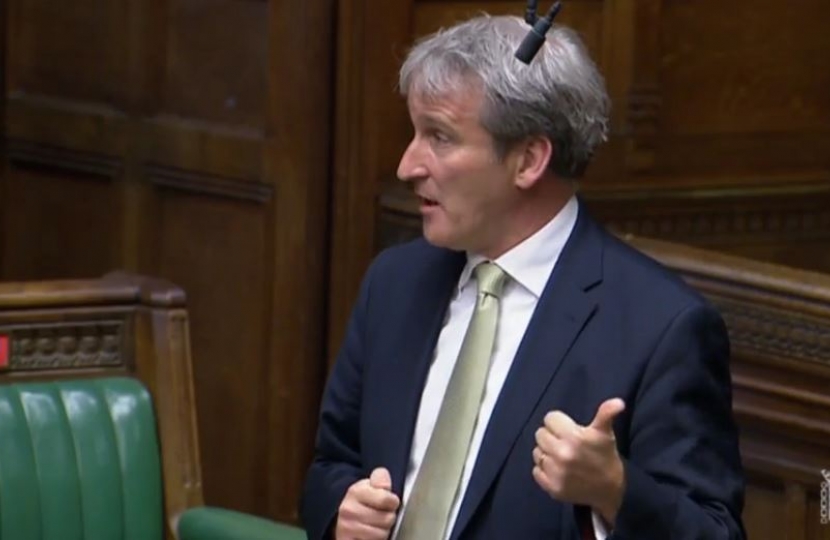 The government has published its response to a consultation on proposed changes to the method for calculating Local Housing Need.  The proposals would have meant an almost 50% increase in the number of homes required to be built annually in East Hampshire, from 624 to 933 a year.

Damian argued that the proposed new method was flawed.  In a debate shortly before the final decision, he said:

“we need more houses. I think everybody these days accepts that we need to get supply and demand in better kilter. [But] there is also an important question of mix and ensuring that as we increase those numbers that means an increase in houses that are genuinely affordable.”

In an earlier debate in October, Damian had said that the formula needed to be thought about differently:

“If the outcome of [the formula] is to entrench historical patterns of population growth and contraction, in tension with the Government’s correct emphasis on levelling up […] we need to look afresh at the formula.”

The government has now determined that the existing method of calculation will stay in place.  This is the Local Housing Need approach introduced in the revised National Planning Policy Framework in 2017, and is the first stage for Local Authorities in identifying the needs for housing in a local area.

There is also a separate set of proposals on reform of the way the planning system itself works.  There were 44,000 responses to the consultation on those, and the government will respond later.

“I am pleased that ministers have re-thought the approach. We do still need more homes in East Hampshire, and in particular housing that is affordable for people growing up here or starting a family.  It is important to get the methodology right for working out the need, and it must be sustainable.

It has also been announced that the Local Housing Need number will be increased in more urban areas.  The government has a manifesto commitment to plan for 300,000 homes a year by the mid-2020s.