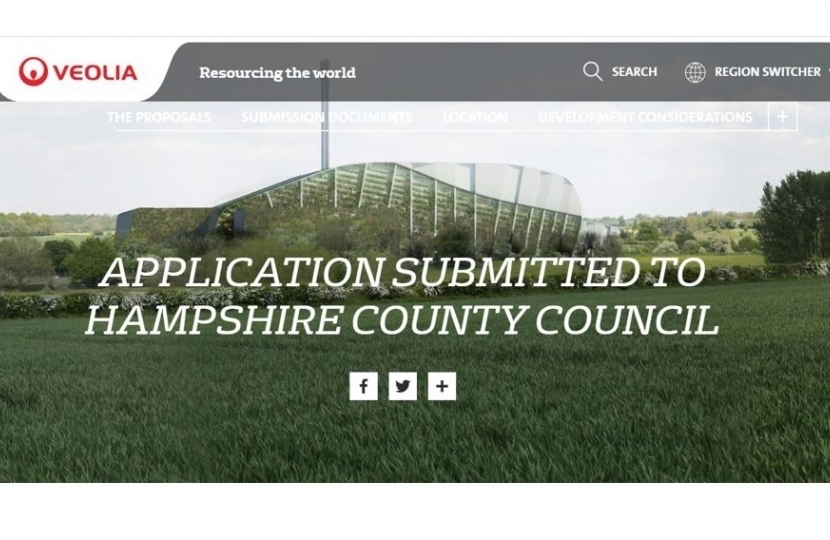 Below is a copy of a press release issued by Damian to raise air quality concerns in his latest objection to A31 incinerator:

"East Hampshire MP Damian Hinds has raised further concerns regarding Veolia’s plans to convert its current recycling site on the A31 near Alton into an incinerator.

“I have grave concerns about the public health implications of the proposal due to the potential adverse effects on air quality, particularly given the legally binding duty on government to bring forward at least two new air quality targets in secondary legislation by 31 October 2022.”

Set out in The Environment Act 2021, passed by Parliament earlier this month, the government sought advice from the Committee on the Medical Effects of Air Pollutants (COMEAP) in setting the air quality targets.

“Given these findings and the advice from COMEAP, there must be a likelihood that the WHO Air Quality Guideline for PM2.5, halved this year, will be reduced again, perhaps successively, during the expected lifetime of the Energy for Waste (EfW) facility that Veolia now wishes to add to the three EfW facilities already operating in Hampshire.

The advice from COMEAP included that:

Against the A31 incinerator

Damian continued to outline his objection to Veolia's plans to convert its current recycling site on the A31 near Alton into an incinerator.