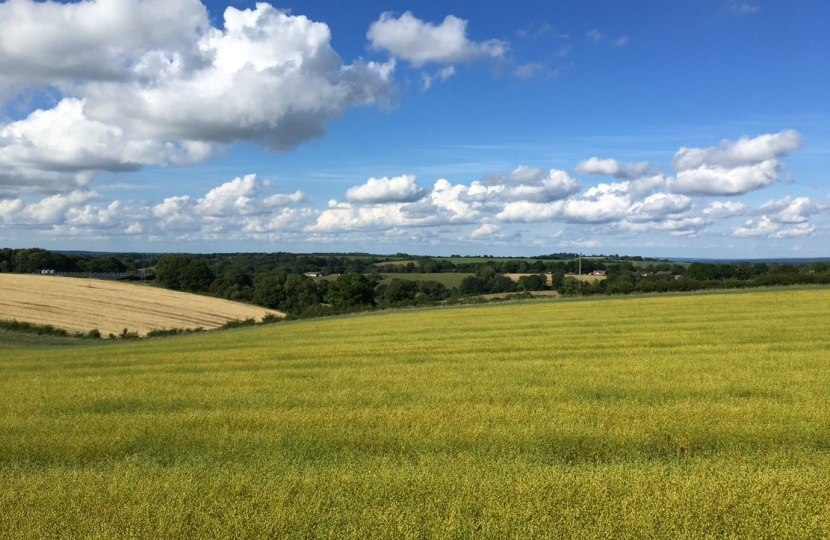 Damian continues to raise issues that impact local communities across East Hampshire, including concerns about flight traffic and noise at Farnborough Airport as well as concerns regarding motorbike noise along some key routes within the constituency. 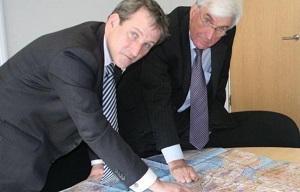 TAG Farnborough Airport began work on an Airspace Change Proposal (ACP) as far back as 2014, with a view to introducing a new airspace design near the airport. After several consultations, the ACP was eventually approved by the CAA in July 2018,

Lasham Gliding Society applied for a Judicial Review of the CAA decision in October 2018, which was ruled on by the High Court in August 2019. Their decision was not to uphold the JR, with the implementation of the ACP going ahead in February 2020.

Throughout the consultation period, Damian continued to engage with local stakeholders, the CAA and TAG, representing the concerns of local residents and communities.

Part of the engagement with the CAA and TAG was to seek greater clarity on the proposed change in flightpaths and the potential impact this may have on communities in terms of being overflown, and at what height.

The attached matrix was put together by TAG and gives more information for the towns and villages most affected within East Hampshire. The chart includes details of the current arrival and departure flightpaths, and heights they're flown at, compared to the new flightpaths and heights proposed in the ACP.

A Post Implementation Review of the ACP was due to take place in late 2020, but had been postponed due to the impact of the pandemic. The 12 month period of data gathering for the Review has now begun, and more details are available here https://www.farnboroughairport.com/wp-content/uploads/2022/07/Farnborou…

Damian continues to liaise with the Department for Transport on the scope of the Review.

Noise from motorbikes is a concern for residents who live close to routes used by bikers, including along the A32 and A272.

Damian has continued to work alongside the Police and Crime Commissioner, Hampshire Constabulary and Hampshire County Council to consider ways to reduce the impact that is effective and sustainable.

Damian has welcomed the announcement by Hampshire's Police and Crime Commissioner Donna Jones that average speed cameras will be installed along stretches of the A32 and A272, in order to address the long standing issue of excessive vehicle noise that impacts residents who live close by. Along with other roads policing tactics, it is hoped that this will reduce the blight on an area that is known and valued for its peace and tranquility.

Damian said in a statement:

"Concerns about excessive vehicle noise on these rural routes and the impact this has on local residents, has been a growing issue. Often the result of speeding, excessive road noise not only blights the lives of local people, but threatens an area known and valued for its beauty and tranquillity.

“Along with neighbouring MP Flick Drummond and local councillors I have continued to engage with both Hampshire Police and the Hampshire Highways team. I want to thank them and Police and Crime Commissioner Donna Jones for securing the installation of average speed cameras on these routes.

“This is a significant investment, and I look forward to seeing the work completed.”

For more details on the PCC announcement, go to: https://www.hampshire-pcc.gov.uk/investment-in-new-speed-camera-technol…

For information on the local Communities Against Noise and Speed group (CANS), please go to: https://www.canshampshire.co.uk/community/communities-against-noise-and…

A local trial using acoustic cameras was completed in 2019 and the Department for Transport has now extended the trial to other areas across the UK: https://www.gov.uk/government/news/noise-camera-trials-to-detect-rowdy-…

Damian thanked Sam Morton for showing me around Mill Farm Organic, and Mary White of the Nature Friendly Farming Network for talking him through the impressive Pasture for Life programme.

Calling for a new approach to housing numbers

Damian took part in a Westminster Hall Debate on new developments in green belt land, and called for a new approach to housing numbers for East Hampshire, that recognises the unique circumstances with the National Park boundary cutting through the district.

A visit to Conford and Ludshott Commons

Damian visited both Conford and Ludshott Commons last week, and met with rangers from the National Trust to hear more about the conservation work underway.

As part of the school's tercentenary celebrations, Damian joined pupils and staff last week in their brilliant scheme to plant 1500 trees at Penns Place in Petersfield.

Damian welcomes the announcement by Hampshire's Police and Crime Commissioner Donna Jones that average speed cameras will be installed along stretches of the A32 and A272, in order to address the long standing issue of excessive vehicle noise that impacts residents who live close by.

Meeting with Police and Crime Commissioner

Damian - along with other Hampshire MPs - met with Hampshire's Police and Crime Commissioner Donna Jones and Chief Constable Olivia Pinkney to discuss crime issues and priorities, get an update on recruitment and hear how crime patterns changed through Covid, and cover specific issues around rura

New analysis by the Office for National Statistics has confirmed that house prices within National Parks (NPs) are higher that prices outside the parks.

Although the CAA has yet to make a final decision, TAG is now holding a further consultation on an amended part of their Airspace Change Proposal (ACP), which makes changes to a flightpath across the South Downs National Park, over Midhurst and Milland and up above Liphook.