Why the US election matters to us 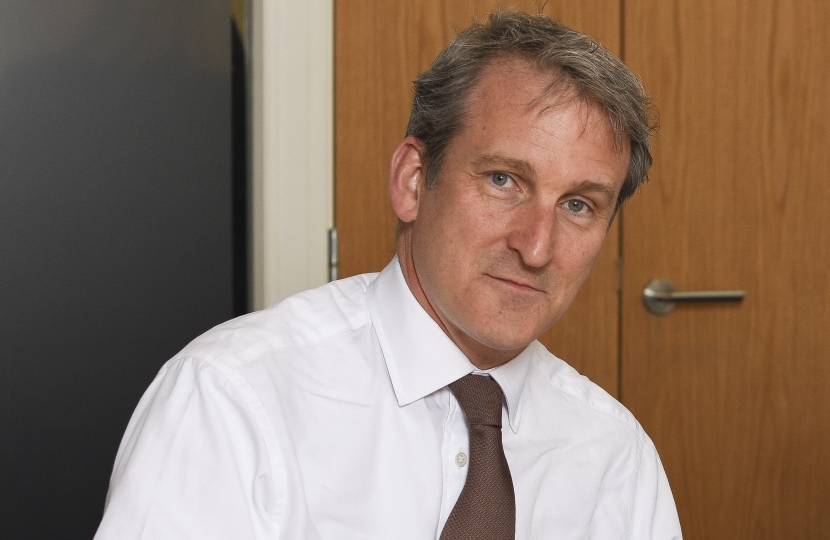 "I generally focus in this column on local matters, or national ones with a local bearing.  This week it seems appropriate to focus on an international development with an impact for us all.

There are only a few countries in the world where a change in leader is such significant news.  The US is at the top of that list, with decisions made by the resident of the White House carrying influence and impact on a truly global scale.

For us in the UK, it matters particularly now both as we fight the collective battle against the pandemic but also as we leave the EU and forge or reinforce independent trading partnerships across the world.

With us and the US the relationship is partly about sharing so much rich heritage, and of course a language, and underpinned by strong beliefs in liberal-democratic values.

It has meant a close working partnership through the UN Security Council and NATO, close security cooperation through the Five Eyes Alliance, and many other bilateral agreements, accords and understandings.

There are many companies that operate across both countries.  It is little surprise that the US is the biggest foreign investor in the UK; not quite so obvious that we would be the 2nd biggest (after Japan) in the US.

Alongside a strong and healthy trading relationship with our closest European neighbours, how we develop partnerships elsewhere will be increasingly important. This will have a direct impact on the manufacturers, creative industries, professional and financial services, and of course the farming sector that are key to our local economy here in East Hampshire.

The recent trade agreement with Japan was a milestone, and of course we will be keen to strike a free trade arrangement with the US as well. There are good reasons for both sides to want this, particularly given the state of the global economy – trade means jobs.  But within that, I suspect that US objectives won't change by quite so much as some people may speculate.

The whole world needs the US (and China) fully on board with action on climate change. The commitment from Joe Biden to re-join the Paris Accord is something I know will give new hope to many people here in East Hampshire, who care passionately about the challenges we face and are championing further progress to be made.

The spread of Covid-19 across the world has been extraordinary in both scale and speed, but so has the response. Nations continue to collaborate in the global effort to tackle the virus, and I welcome the President-Elect’s commitment to re-join the WHO, reinforcing the need for a truly worldwide approach.

Both Britain and America have outstanding life sciences sectors.  Scientific institutes and pharmaceutical companies from both countries feature strongly in the teams working on the several potential vaccination programmes.

Although other democracies are older (such as ours, of course) or bigger (such as India's) there is no denying America's is the most visible shop window for freedom and democracy in the world.

We have in recent years seen a greater engagement with the political process, but also – especially through ‘social’ media – a greater polarisation of opinion: a ‘them’ and ‘us’ mentality that seems often unable to engage in discourse.   That is true in Britain and elsewhere – but as with so much else the effect has been bigger and bolder in America.

We have seen also the damage caused by disinformation and fake news. There is little doubt that platforms continue to be used to inflame divisions, including by state and non-state actors who don’t seek to persuade, just to divide and destabilise.  We have been reminded just how dangerous that can be for democracy.

I'm afraid talk of stolen elections can undermine faith in the efficacy of democracy at a time when it is already under some strain. The American system isn't perfect, and neither is ours.  But they are infinitely preferable to the alternatives.  I am encouraged by Joe Biden's emphasis on healing and bringing the country together.

What happens in America and its politics is important to us all; it is the world's biggest economy, it has the widest cultural imprint, and of course the most military might. Although the phrase can sometimes grate, it remains the case that in many respects the President of the USA is the leader of the free world.

In tackling the virus and all the challenges we face, their country and ours will find strength in unity and togetherness, within and between nations."