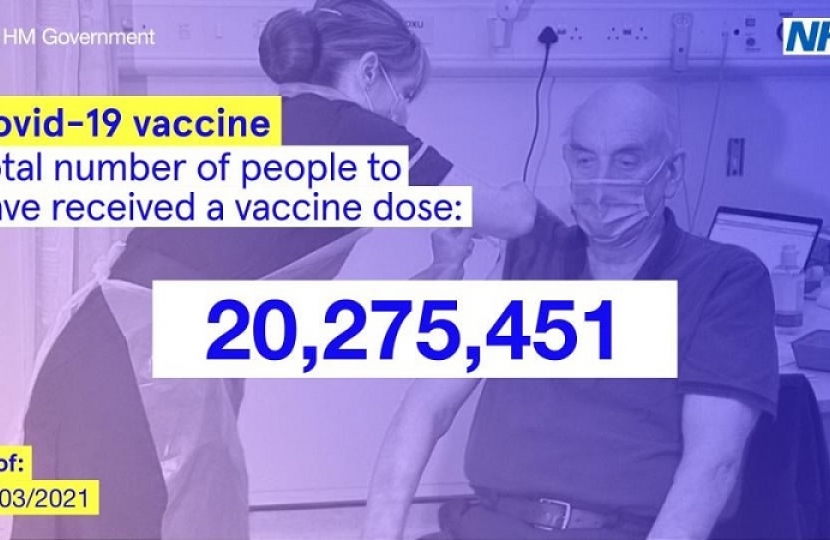 Damian has welcomed news that more than 30 per cent of the East Hampshire population have received a vaccine – and with the programme averaging more than 2.5 million doses a week, the target remains to have offered every adult a vaccine by the end of July.

The United Kingdom is leading the way with its vaccination programme. So far, more than 18.6 million people have received a vaccine – equivalent to 1 in 3 adults. This is the third highest per capita, behind only the UAE and Israel. In addition, only two countries have administered more doses than the United Kingdom – China and the USA.

The latest NHS data (as of 25th February) show that in East Hampshire:

“The NHS vaccination programme, the biggest in our country’s history, has been a fantastic success story and showcases the very best of collaboration across the entire country. So many are involved in this enormous effort, including retired health practitioners who have returned to help, as well as the army of volunteers who have stepped forward.

“Results from studies are showing the great protection afforded by the vaccines, giving us all more confidence that the roadmap set out by the Prime Minister can be realised.”