Wages rising ahead of prices 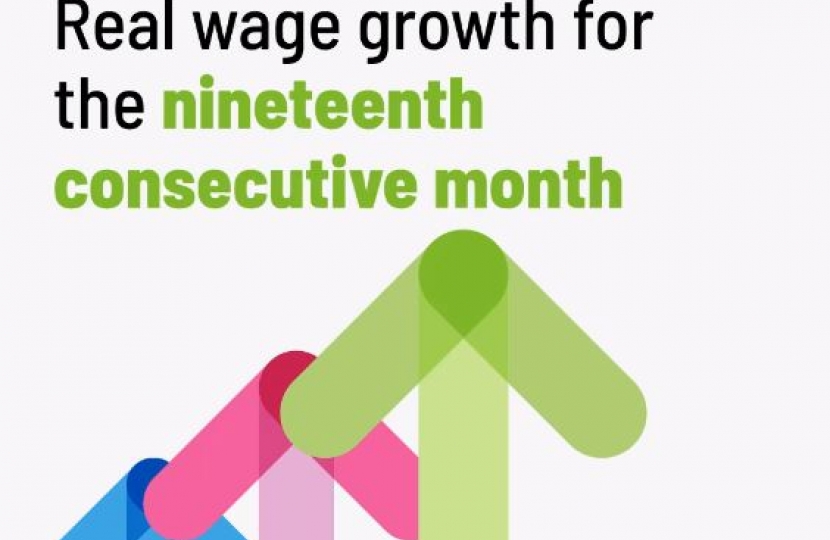 New figures out today show that wages have risen again, ahead of prices for 19 consecutive months, with average weekly earnings for employees increased by 3.8 per cent compared with a year earlier – growing by 2.0 per cent after adjusting for inflation.

"It's good to see latest numbers today, with wage rises outstripping inflation for yet another month. This is good news for working people across the country and demonstrates the strength of the UK economy."