Two of the finest parliamentarians 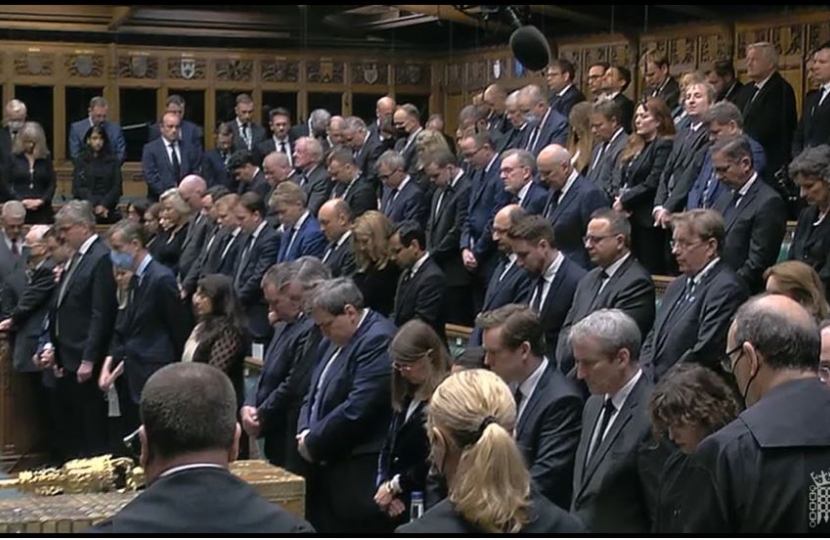 "As MPs gathered in Westminster this week there was profound sadness but also a strong sense of togetherness.

On two consecutive Fridays we lost two of the finest parliamentarians.

James Brokenshire and Sir David Amess were individuals who had made an extraordinary personal commitment to public service, but were also highly respected colleagues and friends to so many.

I was at the COP26 East Hampshire event in Alton when I heard of James’s passing. I had known James’s cancer had progressed but had not known how close it was to the end.

Tributes that followed centred on the decency and modesty with which he approached his life and work as an MP - understated in nature but highly effective in all he did.

I had special reason to appreciate James’s qualities.  As well as being a friend and colleague he was my immediate predecessor as security minister and was so helpful and encouraging to me as I took on the role.

His was a shining example of selfless public service.  He will be greatly missed.

Last Friday around the middle of the day we heard of the fatal stabbing of Sir David Amess.  Not then necessarily a widely-known politician, but in Westminster he was a truly stand-out one.

The descriptions you have heard repeated by so many - always smiling, funny, engaging, interested in people and committed to his causes – they are all true.

I knew him in diverse ways – through a shared passion for education and social mobility; as a member of the all-party group on the Holy See, which he chaired; and – through one of these strange sequences of coincidence that any MP would recognise – in an interest I had in a private members’ bill he took up, about counterfeit printing.

He was a man of great faith, who nevertheless could be highly irreverent. His sense of fun and humour made him a tea room favourite.

Most of all, we loved his interventions in the chamber. You generally knew what he was going to raise (often, that Southend should be made a city) but he found ever more ingenious and entertaining ways of saying it.

David loved his job as an MP, a role he held for 38 years. Passionate about the area and people of Southend, he was an exemplary constituency MP.

He died doing the job he loved and the work he was so committed to – meeting and talking with those who needed his help.

I know, as do my colleagues, how important it remains for MPs to be accessible.  As the Speaker has said, we must defend our democracy.  In the days and weeks ahead we will have to assess afresh how to ensure safety while retaining accessibility and that close link.

As I write this on Monday evening, it has been a joy to hear in the Commons the tributes to David, from the Speaker, the Prime Minister, the Leader of the Opposition, and friends on all sides. MPs and Peers then walked together to St Margaret’s Church for a Service of Prayer and Remembrance.

He will be forever remembered; and Southend will be a city."

Important steps to slow the spread of Omicron