Statement on the Prime Minister's resignation 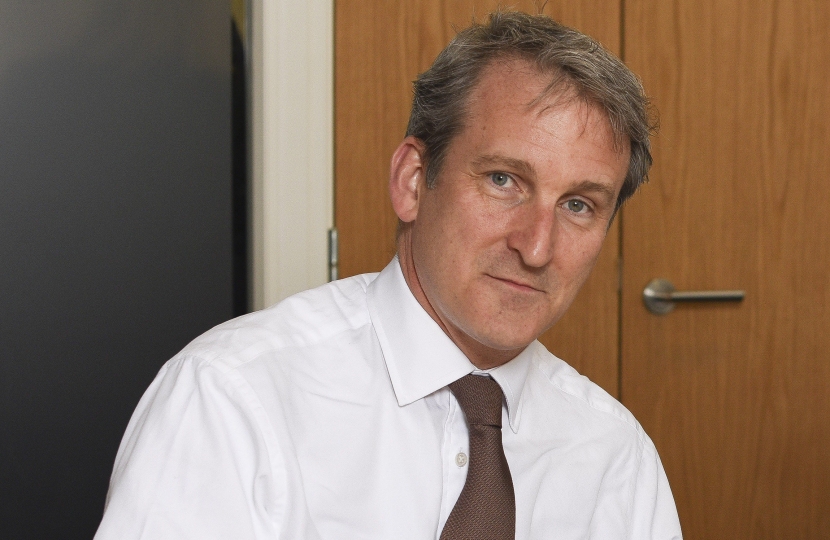 Damian has issued a statement on the Prime Minster's resignation and the EU elections:

"Theresa May has shown an incredible commitment to public service and a profound sense of duty throughout her premiership.  On taking up the post, she set out her priorities in tackling burning injustices. That is what really motivates her and it has been a great privilege to be in her Cabinet. But the subject of Europe has been ever present. She has been absolutely consistent in her commitment to making sure we honour the result of the referendum and get out of the EU.

The principal blockage has been that there are at least eight different ways you can leave the EU, and though each has its strong proponents, not one of them commands majority support.  Some people said she wouldn’t compromise, but that isn’t right.  Her aim was precisely to find a way through that could build the majority needed.  That proved elusive – but the challenge, and the parliamentary arithmetic, remain.

These European elections were always going to be tough for the Conservative party.  Truth be told, even in normal times, many people struggled to see a direct impact from European parliamentary elections on their daily lives.  On this occasion our position was that we didn’t even want the MEPs to have to take up their posts.  Sometime before polling day, I described it as, for some, the ultimate protest vote opportunity – and to be fair I recognise people have a justified feeling of a need to protest – we should have been out of the EU by now.

Clearly it was a bad night for the Conservatives. I regret the loss from public service of some committed and effective colleagues. It was a bad night too for Labour. There is very limited read-across from a European election to a general election, but obviously it is an important indicator on the subject of Brexit at this very pivotal time.

As to what can be read into the results - as so often with Brexit it is possible for different people to read different things. But there is one simple point: BOTH the polar positions - “no deal” in the shape of the combined Brexit party / UKIP vote; and “no Brexit” represented by Lib Dems and Greens - put on a lot of votes, at the expense of parties advocating leaving with a balanced approach. We see that in the local results as well as in the national picture.

In truth, these European Election results don’t really help anyone to identify where to look for more common ground or broader consensus.  But it remains imperative to get Brexit delivered and do so in a way that is good for people’s jobs and livelihoods."

During a DCMS Select Committee hearing this morning, Damian raised the importance of local leisure centre and swimming pools being open for the school holidays and asked Huw Edwards from UKactive about new capacity and reaching out to more families.