Remembering the sacrifice of so many 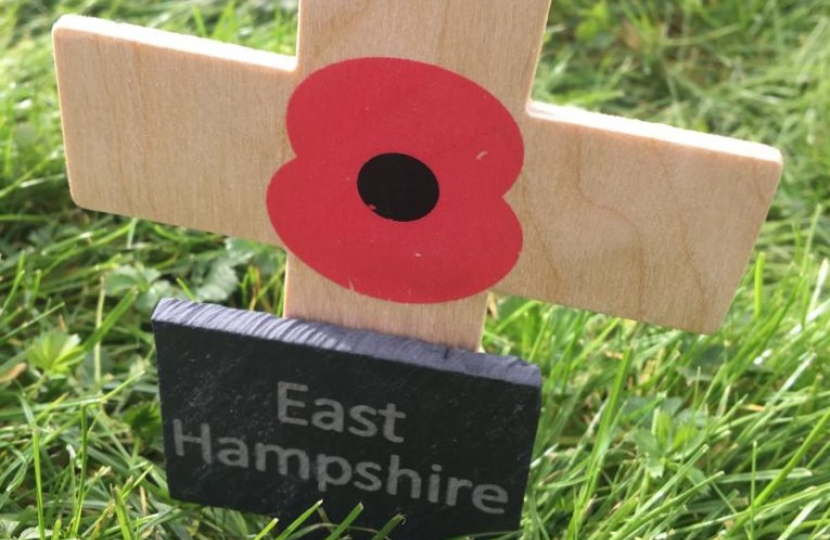 "We are approaching again the time of year when we especially honour the service and sacrifice of the many who have defended our freedoms and protected our way of life.

It is always a privilege to join our local Remembrance services, as we remember the vital role played by our Armed Forces, in the past but also today.

East Hampshire has a proud association with the army, particularly through Bordon, in the town for more than 100 years.

Home to the Canadian Army during the First and Second World Wars, the site was also the base for the School of Electrical & Mechanical Engineers before they relocated in 2015 and the army released the land and barracks for development.

Some readers will also be aware of another local association we have with the army and honouring the memory of those lost in conflict, and that is through the extraordinary challenge being undertaken by local resident Brian Wood.

Former Colour Sergeant with the Princess of Wales’s Royal Regiment, Brian has just completed his ‘Ultimate Sacrifice Challenge’, running a total of 35 marathons, over 35 days, to commemorate British lives lost in the Falklands, Iraq and Afghanistan.

Covering a total of 917 miles, Brian has been running with 26 new names on his shirt each day, with an additional 0.2 miles over 35 days dedicated to Her late Majesty The Queen.

And as if that is not impressive enough in its own right, Brian’s warm up for this was to run 25 marathons over 25 days last year. It is really difficult to find words that can do justice to the extent of that effort.

It takes a very special kind of character to achieve something like this, with a remarkable sense of commitment and perseverance, and testament to those who have served, and continue to serve, in our Armed Forces.

The British Legion’s annual Poppy Appeal is also underway, and I was delighted to join local members in Liphook again this year for the start of their own appeal.

The money raised helps the RBL, the country’s largest Armed Forces charity, to provide lifelong support to serving and ex-serving personnel and their families.

The poppy is such a simple, yet powerful symbol of remembrance. The resilience of the small red flower to flourish among the desolation of those Flanders fields is both striking and hopeful.

So, as we observe the 2 minute silence at 11am on the 11th November, we can reflect not only on the thanks we owe to those who have sacrificed to help ensure our safety today, and also the hope that more peaceful times are ahead of us.

With a world still marred by war, including Putin’s atrocious invasion of Ukraine, the need is there as ever – to defend all that is dear to us, and not allow aggressors to have their way.

To our Armed Forces, and their families, we salute your bravery, and your enduring service."