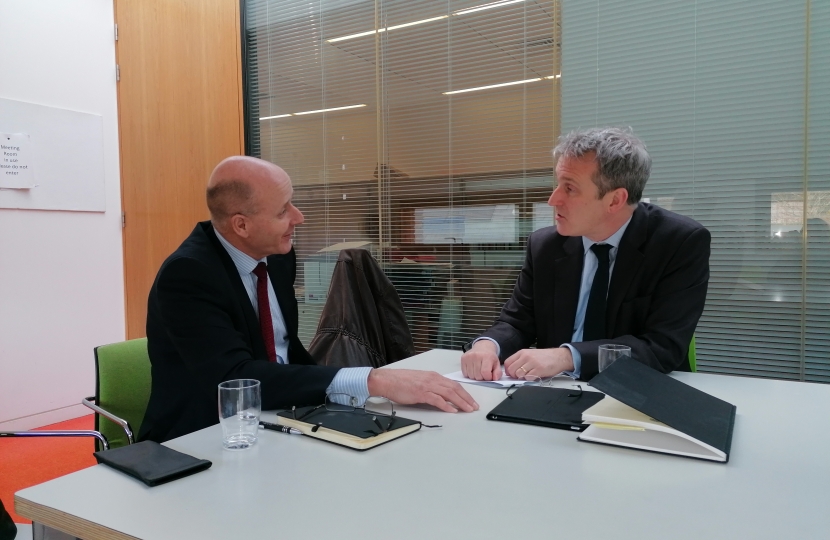 Coming ahead of the implementation of airspace changes at Farnborough Airport, the meeting was an opportunity for Damian to stress the importance of community engagement as part of the process to modernise routes and flightpaths.

“I welcome the formation of ICCAN and the role it can take in promoting better dialogue between airports and communities, but also in encouraging more standardised measurement and data of aviation noise. The information that is made available is often highly technical, so making it difficult for the lay person to understand the impact of changes.

“I recognise the move to modernise flightpaths, particularly across the busy South East region, but we need clear and comparative data, and the opportunity for local communities to have their say and be heard.

“We’re fortunate here in East Hampshire to have access to beautiful open countryside, including the expanse of the South Downs National Park, and we need to ensure that airspace changes take account of the tranquillity and peace so valued by rural communities.”

Damian has also written to the CAA to seek information on when the airspace changes will be implemented at Farnborough, and is pressing them for details on how and when the post implementation review will be conducted, as responding to an intervention from Damian, the Transport Secretary confirmed he is asking for it to be conducted sooner than would usually be the case.