A life of selfless service - Her Majesty The Queen 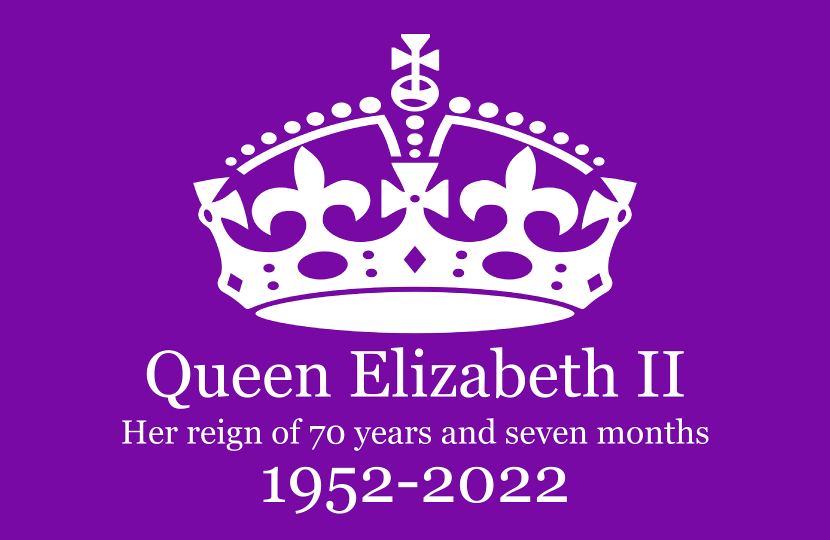 "There were some beautiful and highly personal tributes made in the House by Members of Parliament to Her late Majesty the Queen.  You’ll likely have seen some of them on the television – Liz Truss, Sir Keir Starmer, Boris Johnson.

There were many more too.  I especially liked a touching story Harriet Harman told, and a lovely anecdote from Theresa May.  The tributes on Friday ran from 12 noon to 10pm, and continued on Saturday.

Among the recurring themes were Her late Majesty’s deep human warmth, her sense of humour, and her ability to put people in nervous moments at their ease.

It was a sad but great privilege to be able to make my tribute on behalf of the people of East Hampshire, conveying our sincere sympathies to the Royal Family, and giving thanks for the life and service of the Queen.

I spoke especially about schoolchildren – as did a number of colleagues.  For it is striking that on any visit to a primary school as an MP, one question you would virtually always get asked is: “have you met the Queen?”  That in turn can bring on a rich discussion.

The immediate thought that children may have of Kings, Queens, Princes and Princesses may be one of grandeur or power.  That would hardly be surprising from story books and Disney films.

Of course there is a lot of ceremonial, and indeed great splendour, attached to the monarchy.  But what set our Monarch apart was not about grandeur but rather its inverse.  Despite being the longest reigning sovereign, perhaps the most famous woman in the world, our Queen had a very special humility.

On those primary school visits around East Hampshire, I always enjoyed this conversation with the children, reflecting on the character and values of Her Majesty.

She was totally defined by selfless service, inspired by her deep faith.

It is hard for the rest of us to imagine how it must have been given this great responsibility and to carry it out so diligently and completely, for seven decades.

In a constitutional monarchy, the Monarch doesn’t have direct power in the political or administrative sense.  But she knew instinctively that her position, and the way she enacted it, could bring with it a different sort of power – the ability to do immense good for our country and beyond.

Thus it was through self-sacrifice in service to our nation that she helped us through some of our hardest times and helped us celebrate the good.  She helped uphold valuable traditions, but also make important transitions, as our country and community, technology and communications evolved.

Though monarchy may be timeless, the Elizabethan age was one of enormous change.

We remember and cherish her life of peerless service, along with a smile that beams out from the millions of images taken across her long reign and life.

Living in the constant glare of others, with all the expectations that created, The Queen managed to convey the magic of majesty, but people also felt a real personal connection.

She leaves a country and a family in mourning, and a legacy and place in history that is quite unique.

May she rest in peace.  God save the King."