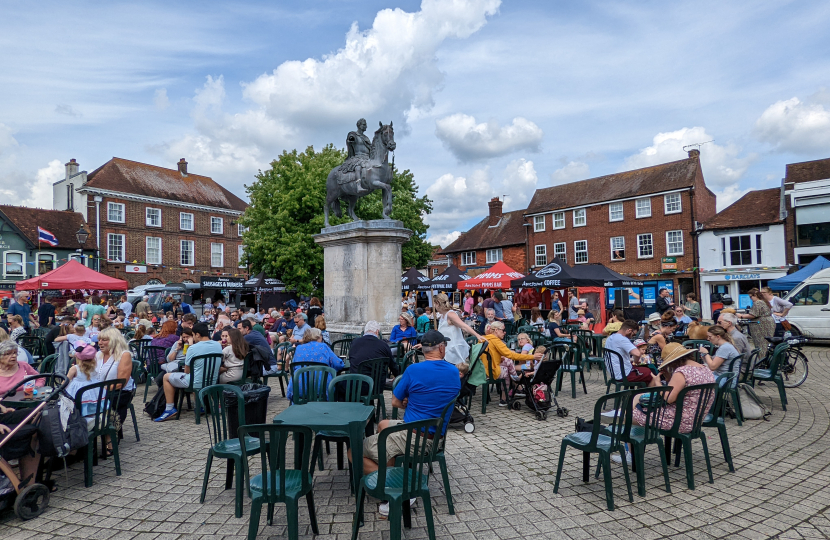 "There can hardly have been a person in the whole country not inspired by the Jubilee celebrations.

Events across East Hampshire were numerous, and a wonderful way for local communities to come together to honour a unique moment in our history.

That was mirrored in villages, towns and cities across the country.  And magnified in the spectacular national celebrations, from the formal Trooping of the Colour and Service of Thanksgiving at St Pauls, to the festivities of the Party at the Palace and The Pageant.

As I wrote in this column last week, putting on a national event like this is still something we do uniquely well here in Britain.

I say “still” but it was also striking how the organisers innovated and showed a real cutting edge to the world.

The sheer scale and scope of the production of the Party at the Palace were breath-taking.

Years in the planning and skilfully choreographed, the mix of pageantry, ceremony, and celebration of these large-scale national events was both stunning and joyful.

And little bits of genius, Like Paddington's appearance, playing so well to The Queen's sense of fun.

The longevity of her reign tells its own remarkable story, and this was very much the inspiration for this Jubilee.

Seeing The Pageant, it was incredible to reflect on just how much has happened during those seven decades.

The Jubilee was also a timely reminder of what we have today: the range of talent in, and the reach of, our creative and performing arts, in music and beyond.

Another kind of inspiration came from seeing personalities we have known for decades playing their part in the tribute. Performers such as Rod Stewart, but also of course the voice and message of Sir David Attenborough.

This has been our opportunity to say thank you, and what a splendid way it was to do it.

Her Majesty is, and has been, an inspiration for us all.

Her values. Her commitment to the United Kingdom and Commonwealth.  And, as Prince Charles said, her unwavering sense of duty, of faith and of service.

The Platinum Jubilee is just one moment; but it is a joyous and reflective one for the nation, and for many around the world."