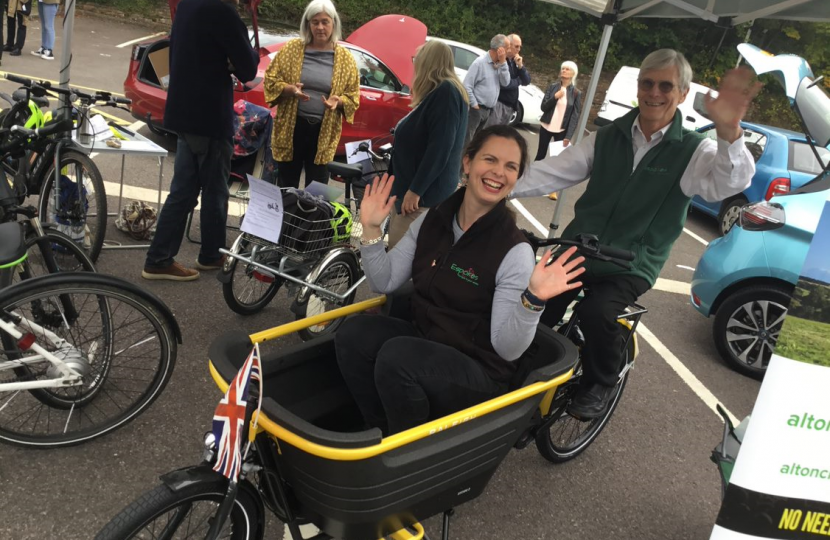 "120 world leaders have come together in Glasgow this week for the United National Climate Change Conference - the 26th Conference of Parties to be held in the pursuit of tackling global climate change.

COP26 presents a momentous challenge for those attending, but has a simple objective – to deliver on the promises made six years ago in Paris, to try and limit the rise in global temperature to 1.5 degrees.

The dire warnings of the consequences of inaction heard from key speakers at the start of the conference have been stark; language that stresses the absolute urgency and significance of the present moment.

Described as a war-like challenge for the world, it will require a level of global commitment and cooperation unseen previously.

It would be easy to feel overwhelmed by the difficulties ahead, but it is also clear that the tools to fix the problem already largely exist – the knowledge, the expertise, (much of) the technology and significant funding.

It now relies on the will of the world’s nations to work together, and to accelerate the efforts and initiatives that can help limit the carbon emissions that continue to push global temperatures beyond the critical 1.5 degree target.

The outputs from the talks in Glasgow will determine the pathway the world will take to a net zero future and whether we have the chance to limit the worst impacts of climate change. And just as the decisions taken by world leaders are essential, so are the efforts we make locally – what we do matters.

Although the UK has been decarbonising faster than any other G7 country, the recent Net Zero Strategy published by the government sets out the changes we need to secure our energy, create jobs and new industries, so that we end our contribution to climate change.

The recent COP26 East Hampshire event in Alton brought together many of the local organisations active in helping individuals and businesses reduce their carbon footprint, and it is clear that everyone has a role to play in doing just that.

Recommendations made by the three separate Action Groups on Transport, Buildings, Land Use & Agriculture highlighted the need and opportunity for government to act, but also how to accelerate the changes that are necessary by individuals and businesses here in East Hampshire.

We can’t assume that tackling climate change will be solved by other people – it is up to each and every one of us to consider what it is we can do to, and to act upon that now.

I would encourage people to take a look at the reports produced by the COP26 East Hampshire Action Groups, and to look at the list of local organisations that can help families and businesses to decarbonise – all of this information is available on damian.hinds.com and EHDC’s website.

The Glasgow summit may have been delayed for a year due to the pandemic, but there is certainly no option to delay our collective effort to manage the threat we face from climate change.

The pandemic has shown that a joined-up global response can be achieved, and the failure to do so will leave the current generation of young people, and of those who follow, with a legacy that will bring untold hardship to millions across the world.

As the Prime Minister has said this week, it is one minute to midnight and we need to act now."