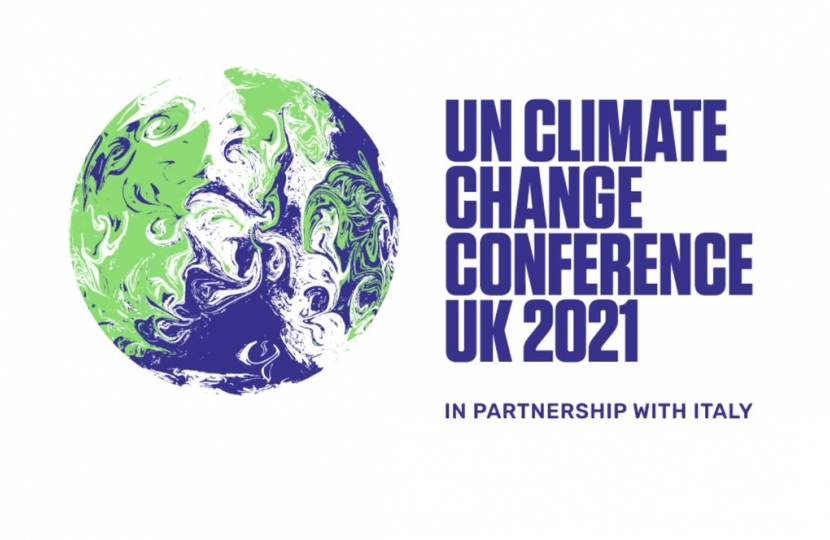 "A lot of hope, expectation and responsibility was on the world leaders gathering for COP26 in Glasgow.  Maybe no summit could quite match the highest expectations.  But the Glasgow Climate Pact is momentous, enabling a roadmap to limit global warming to 1.5 degrees.

The complexity of what needed to be achieved was distilled down to four key words – coal, cars, cash and trees – and the progress made against each of these is important.

As the Prime Minister stated at the press conference, the pact has sounded the death-knell for coal power, with the first ever global agreement in which 65 countries has signed up to phase down unabated coal – the dirtiest fossil fuel.

Significantly, this is supported by the ending of international coal finance, with all major coal financing countries committing to do this by the end of this year.

On the transition to zero emission vehicles and following the UK’s own commitment, more than 30 countries and some of the world’s largest car makers committed to make all new car sales zero emission by 2040, and by 2035 in leading markets.

The UK is now going further and committing to the phasing out of non-zero emission heavy goods vehicles by 2040 – the first country in the world to commit to doing this.

On cash, new pledges made at the summit brings us closer to meeting the $100 billion annual climate finance target next year – vital in supporting climate action in developing countries.

Commitments have also been made to double the overall finance for adaptation and better address the threat of loss and damage in climate-vulnerable countries. The mobilisation of private finance sector and green investment will be key to the progress we need to make, as will be aligning the global financial system behind a net zero world.

More than 130 countries have signed up to halt and reverse deforestation by 2030 – between them they’re home to more than 90 per cent of the world’s forests – and backed by almost £14 billion of public and private funding.

A commitment that didn’t get quite so much coverage, but is substantive, is the deal agreed with 105 countries to reduce methane emissions by 30 per cent by the end of the decade. As the second largest contributor to global warming after carbon, cutting these emissions is another critical step towards Net Zero.

A key part of the progress made in Glasgow has been the finalising of the Paris Rulebook – the international agreement on how to measure emissions – and the requirement for countries to return next year with a more ambitious 2030 emissions reductions target in line with the 1.5C target.

Making pledges and promising action is important, but so is the measurement and accountability that tracks delivery of those pledges and action – and it is in this area that the Glasgow summit has really moved the dial.

As the UK starts its year of COP Presidency, we will continue delivering on our commitment towards Net Zero, joined now by 90 per cent of the world’s economy in ending their contribution to climate change altogether.

No one should underestimate the challenges ahead, but I believe we are seeing a marked shift in both mood and momentum, led not just by nations and governments but by individuals.

We saw locally the level of interest and commitment from individuals and businesses, at COP26 East Hampshire. Pollsters report heightened awareness and drive for change in many other places too.

The unofficial slogan of COP26 was ‘Keep 1.5 Alive’ — in other words, to keep the objective of restraining temperature rises to 1.5 degrees within reach.  It is, just.  But it will need sustained attention and action from us all."