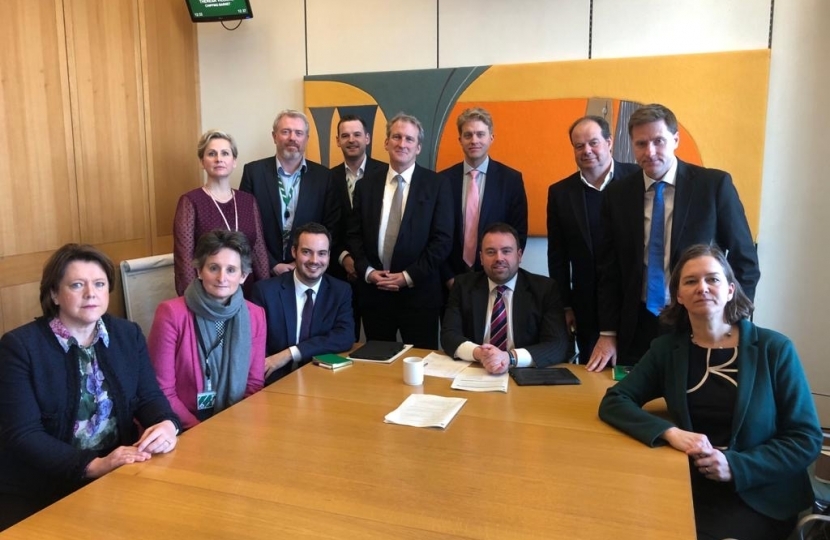 Damian welcomes action this week by Grant Shapps, the Secretary of State for Transport regarding South Western Railway.

As a precautionary measure, amid concerns over SWR’s long term financial sustainability, the Department for Transport has issued a Request for Proposal to the SWR franchise owners - First Group plc and MTR – and to the Operator of Last Resort (OLR), so the department is able to develop a contingency plan to secure the continuation of passenger services if SWR did fail to meet their financial commitments.

“It's right that the government is putting in place contingency plans. Passengers from and to Alton, Petersfield, Bentley, Liss and Liphook have suffered too much.  The extended industrial action in December was appallingly disruptive, but there have been many other disruptions too.  Things have to change.  We need a better, more reliable service for East Hampshire passengers.

“We know that a number of franchises across the country are failing to provide the reliable services that passengers need and that is why the independent review being led by Keith Wiliams is so important. Rail users deserve better than this, and I look forward to seeing sector-wide reforms, including the introduction of minimum service levels during strike action.”

Damian has this week joined 15 other MPs in establishing the All Party Parliamentary Group (APPG) for the South Western Railway, to scrutinise all aspects of the franchise area, including both SWR and Network Rail, other industry businesses and transport authorities. The group comprises MPs from all three main political parties.