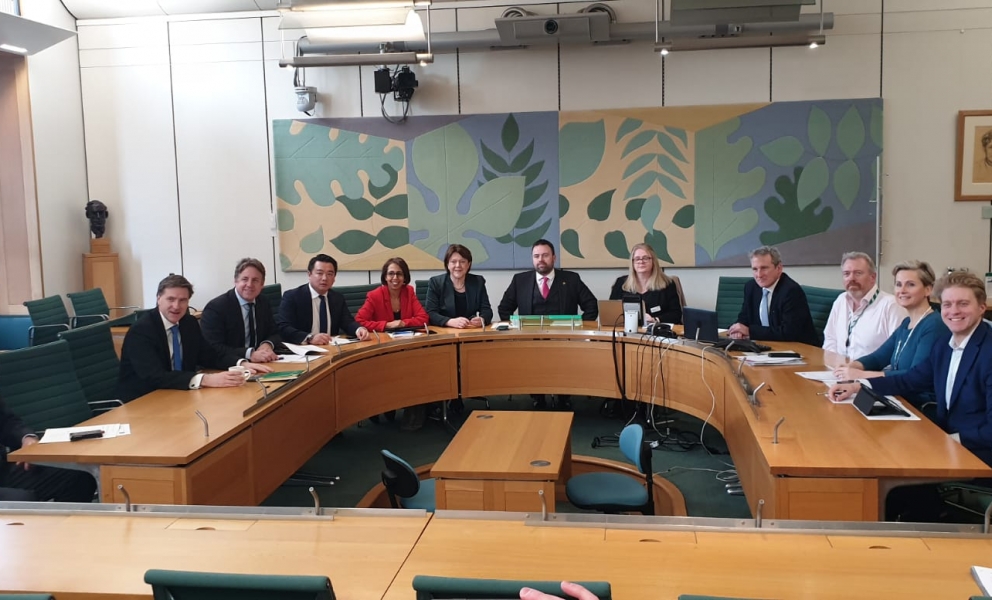 Damian continues to press for improvements to the rail service provided by South Western Railway (SWR) and Network Rail, recognising the severe disruption caused to local rail users by delays, cancellations as well as strike action.

Damian is an officer of the All Party Parliamentary Group for the South Western Railway (SWR), which exists to monitor and press for progress around performance, franchising and other matters important to rail users, whether they are the responsibility of SWR, Network Rail or other bodies, or the Department for Transport.

East Hampshire constituents are encouraged to make full use of the Delay Repay scheme and to get in touch with Damian if there are issues that he can assist with, either through his membership of the APPG or directly with senior staff at SWR or NR.

More details on the Delay Repay scheme can be found at:

The Alton Line Users Association  (ALUA) represents the interests of passengers using Alton, Bentley, Farnham, Aldershot and Ash Vale stations. The committee is made up of commuters and leisure travellers, with each of the stations on the line being represented by at least one Committee member, and their Facebook page can be found at:

The East Hampshire Community Rail Partnership is a group of local authorities, local people and the rail industry, who work to promote train and local bus services as well as improvements to local stations.

The Office of Rail and Road provides annual estimates of the number of entries/exits and interchanges at each station in Great Britain, with East Hampshire's most recent data showing a total of 3.1 million entries/exits for 2018/19. More details are available at:

Following the unprecedented strike action in December by members of the RMT union, Damian is pleased that the Government has worked with South Western Railway (SWR) to secure compensation arrangements that will see the cost of up to five days rail travel paid to season ticket holders and daily ti

Damian welcomes action this week by Grant Shapps, the Secretary of State for Transport regarding South Western Railway.

Meeting with SWR and Network Rail